While the City burns through our tax dollars at a rate of over $50k for a single bed in a bridge shelter or up to $1M for a single unit of HHH housing, private co-living operators like PodShare create affordable housing options in high-rent cities, where 50 square foot private bunks – including materials, labor, mattresses, private televisions with digital subscriptions, night lights, electrical outlets, and stair cases – cost a mere $2,500 to build. 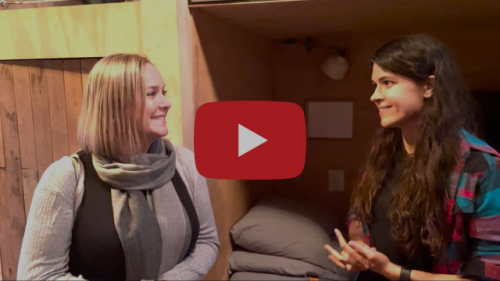 PodShare operates under a concept called “membership housing,” which gives residents access to all locations across California, much like a gym membership. It is amenity-rich, and rent includes housekeeping, utilities, WiFi, food, storage, toiletries, laundry, computers with creative tools, outdoor spaces, and conference rooms. PodShare doesn’t require proof of income or security deposits, making it accessible to people without regard to their credit rating or ability to pay first and last month rent up front.

Some people use PodShare as transitional housing, but others make it home for years. From full time college students, to those who recently moved to the area or are between apartments, I’ve met some fascinating people there. They even take referrals from Housing Works, SPY, and HOPICS to provide housing for those who are homeless or at risk of becoming homeless. 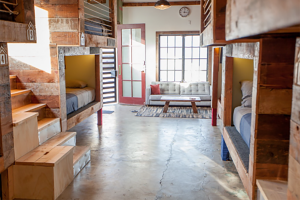 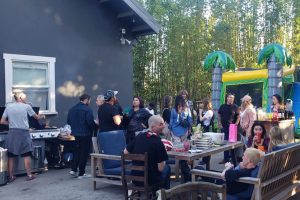 Although shared housing has been around for years, our City has largely shunned the concept.

PodShare is also an excellent example of adaptive reuse of existing infrastructure. The Venice location is in a 4,000 square foot former church that now houses 50 people. To avoid taking residential property off the market, PodShare exclusively uses commercial and retail properties, warehouses, and office spaces.

With barbeques and resident dinners to comedy nights, musical performances, and other events, PodShare not only creates its own community, it actually invites local neighbors in to participate. PodShare redefines the concept of what it means to be “home,” and the thousands of people who’ve stayed there overwhelmingly love it.

Although shared housing has been around for years, our City has largely shunned the concept. PodShare isn’t right for everyone, but it’s an innovative idea that could be scaled up to help the thousands of individuals who need a safe and welcoming place to stay.

I’m doing my best to get creative and help more people find a place to call home.